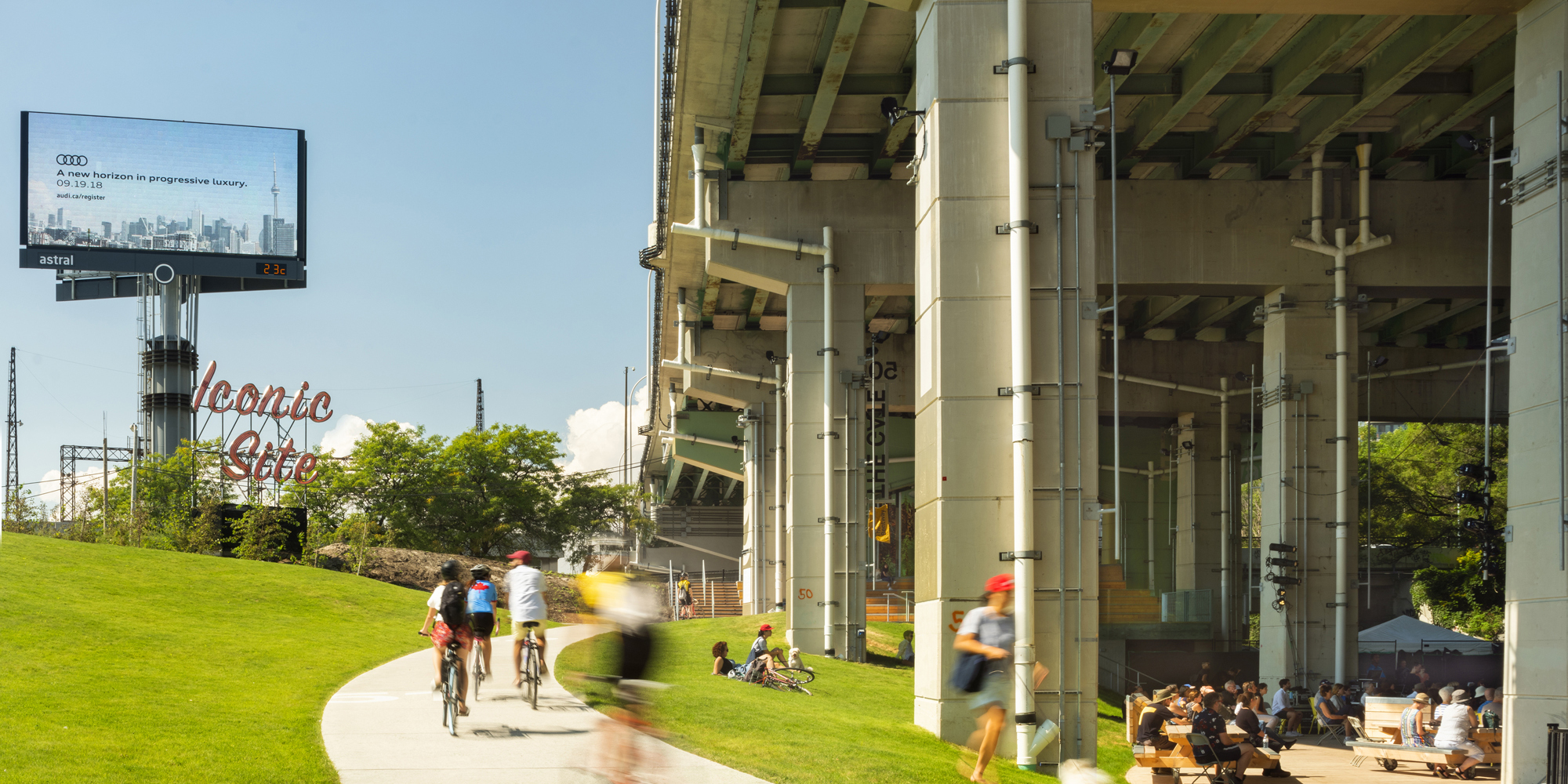 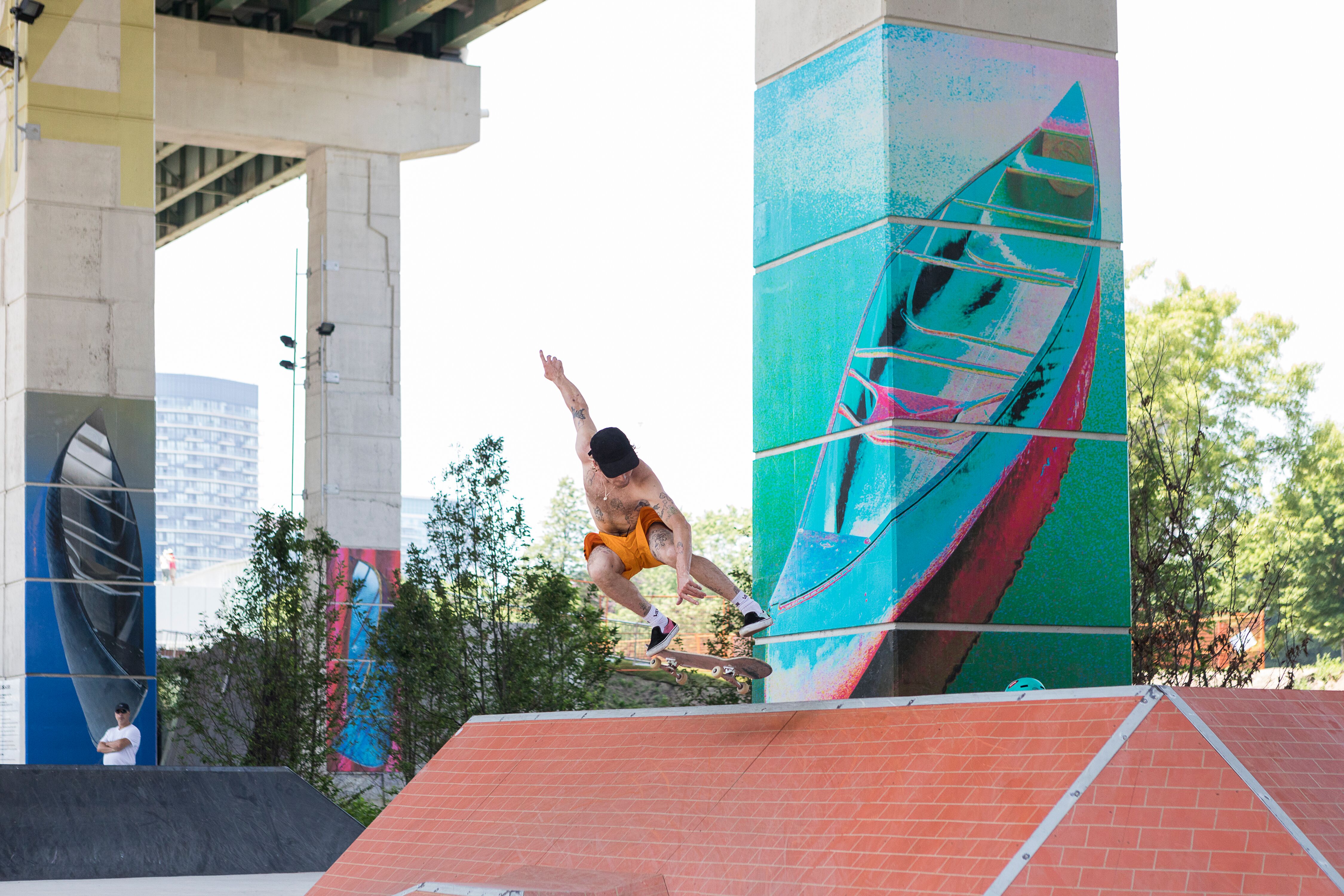 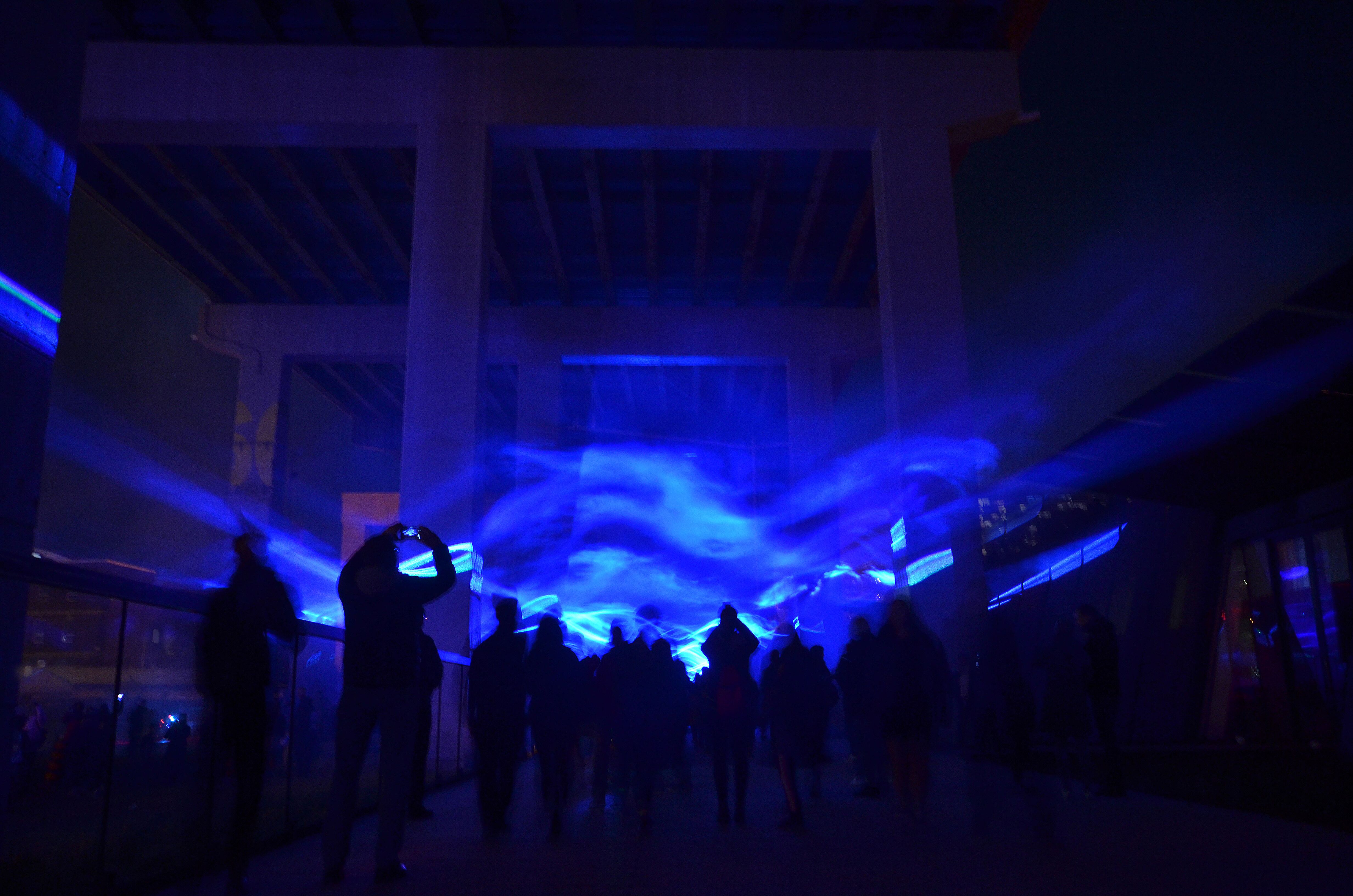 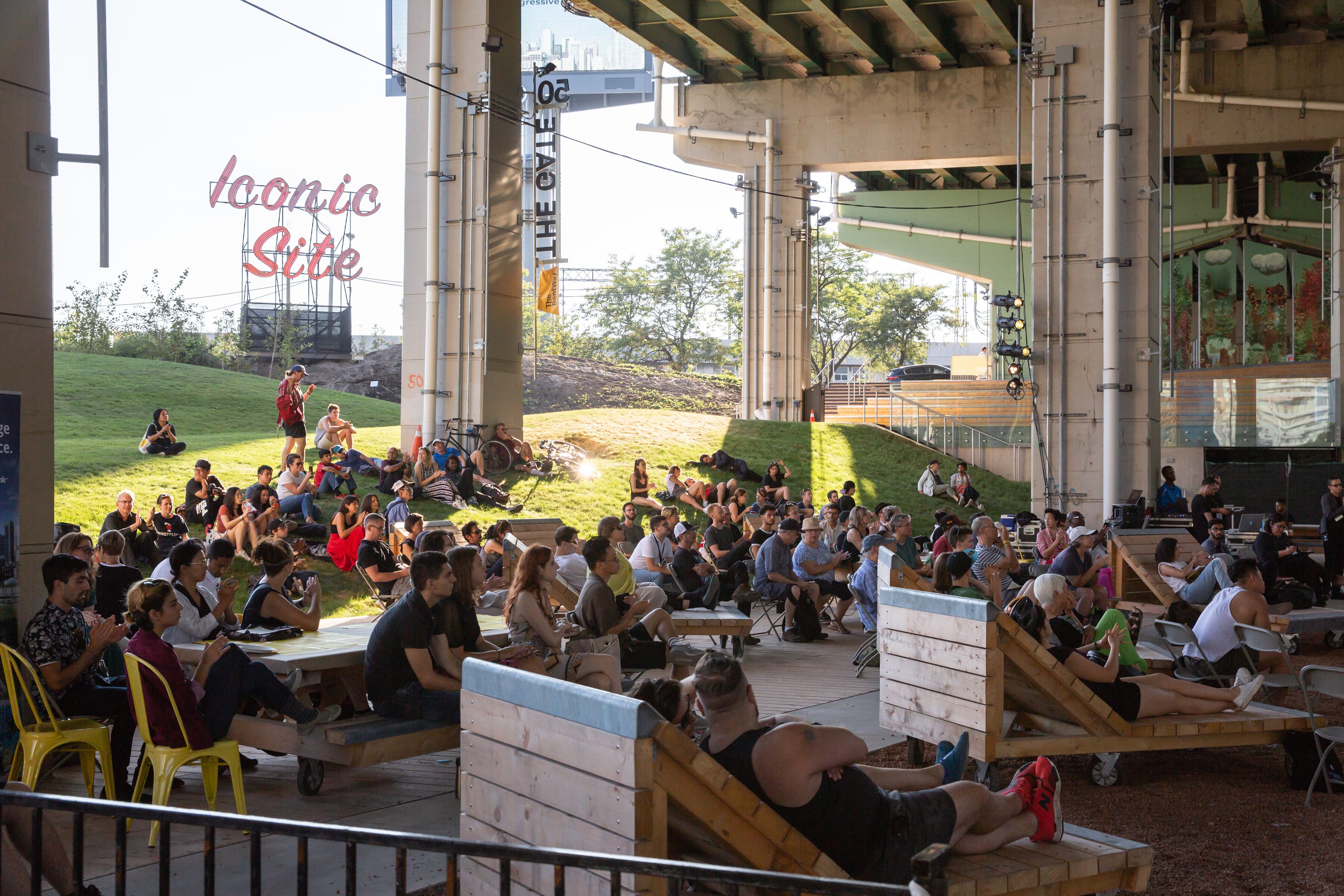 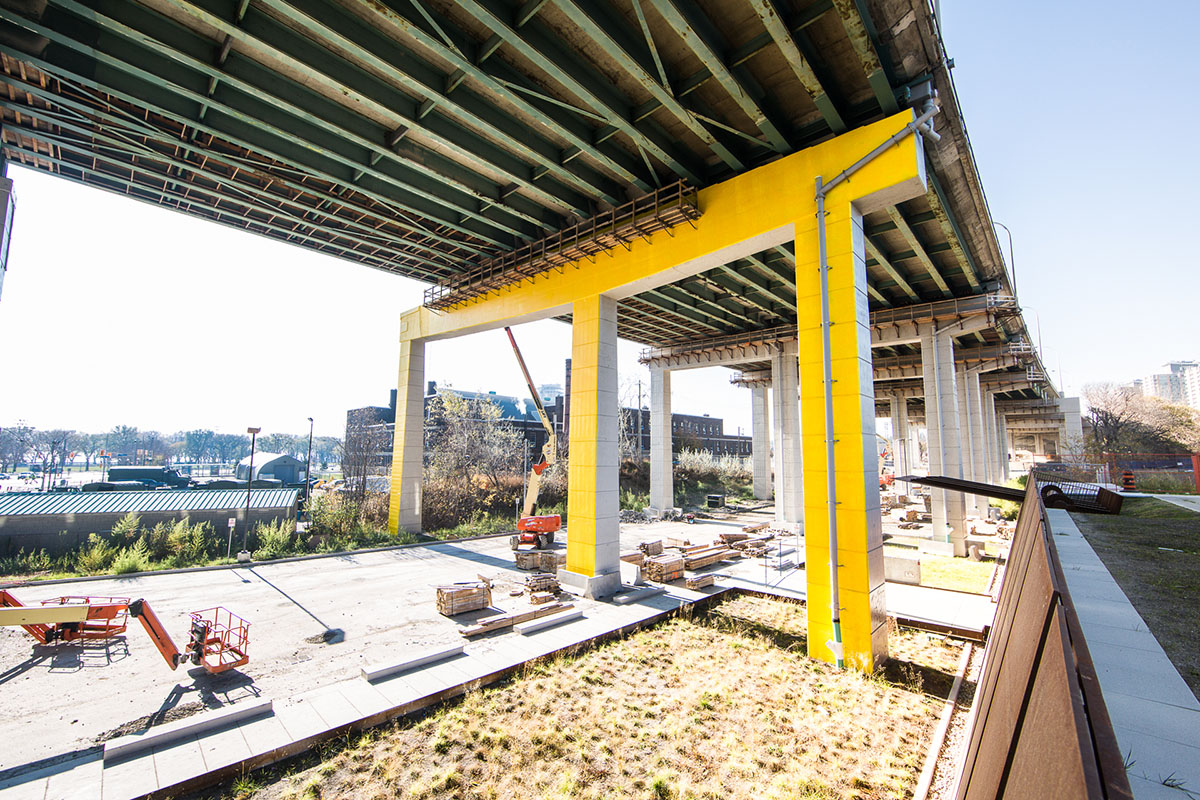 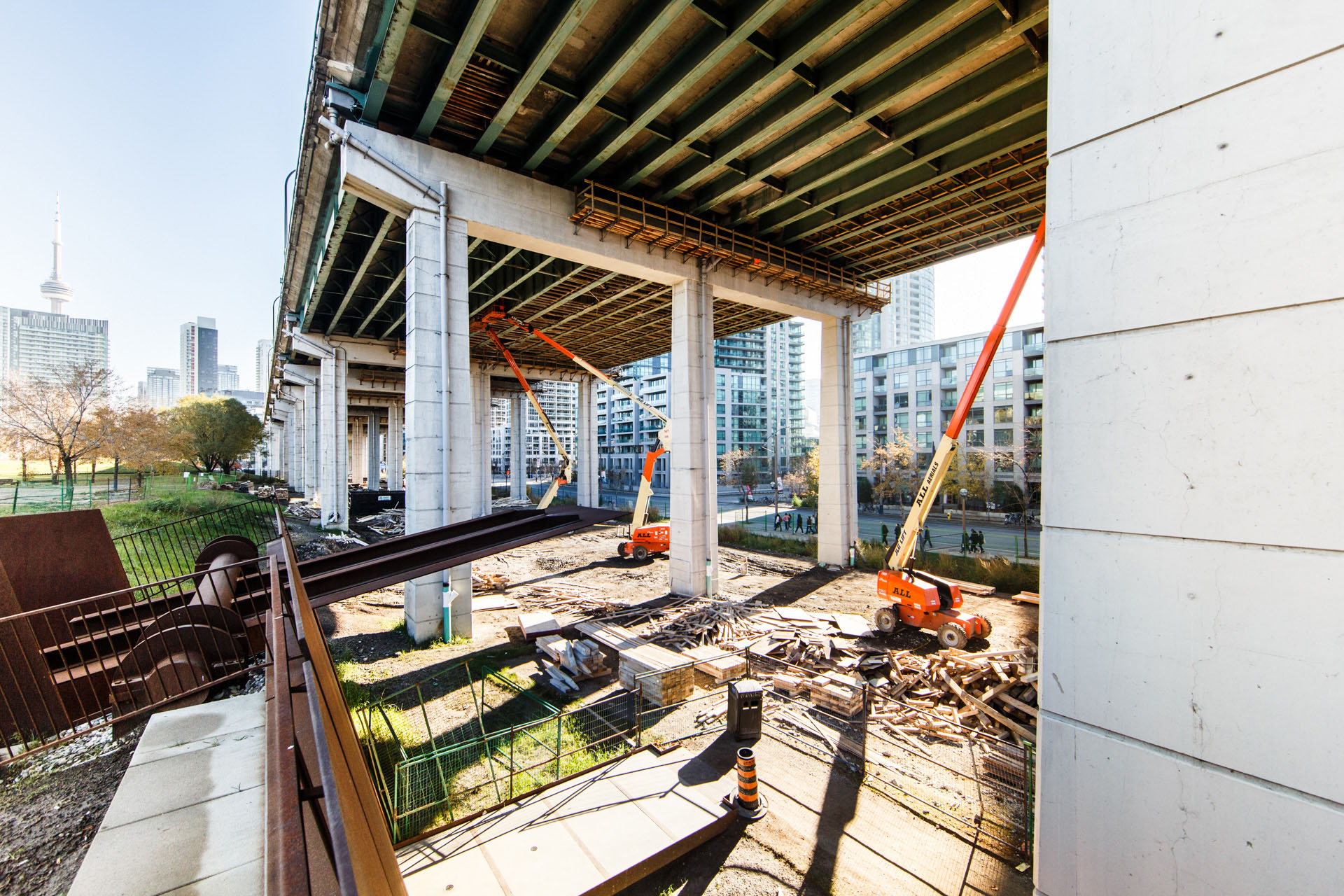 The Bentway is a new public space that transforms Toronto’s Gardiner Expressway into a gathering place for the city’s growing population.

The initial phase knits together seven local neighbourhoods with over 70,000 residents, becoming a gateway to the waterfront and providing access to important attractions and destinations. The Bentway offers year-round activities and events, including a skate trail, recreational amenities, public art, festivals, live performances, and more.

The Bentway follows the original shoreline of Lake Ontario, when it was an important junction for trade, and a hunting and a gathering place for Indigenous peoples. The site is located on the Treaty lands of the Mississaugas of the Credit, and is the traditional territory of the Haundenosaunee, the Huron-Wendat, and many other Indigenous nations. The first phase of The Bentway is located on lands that are part of Fort York National Historic Site, recognized by the Government of Canada as being of national significance.

U.K. artist Luke Jerram’s The Museum of the Moon will arrive at the Bentway, the 1.75-kilometre public space and outdoor gallery located underneath the Gardiner Expressway. The Museum of the Moon is a giant balloon, seven metres in diameter, built to 1:500,000 scale using NASA imagery, illuminated from the inside to provide an up-close view of the Moon’s rocky craters, dead volcanic cones and lava flows.

What should monuments look like now? 25 artworks reveal some ideas

New Monuments for New Cities is a public art exhibition in which artists were asked to imagine new monuments. Their designs will travel to five cities next year, to be displayed in industrial reuse spaces, beginning in Buffalo Bayou in Houston in February, and ending on the High Line in New York in October.