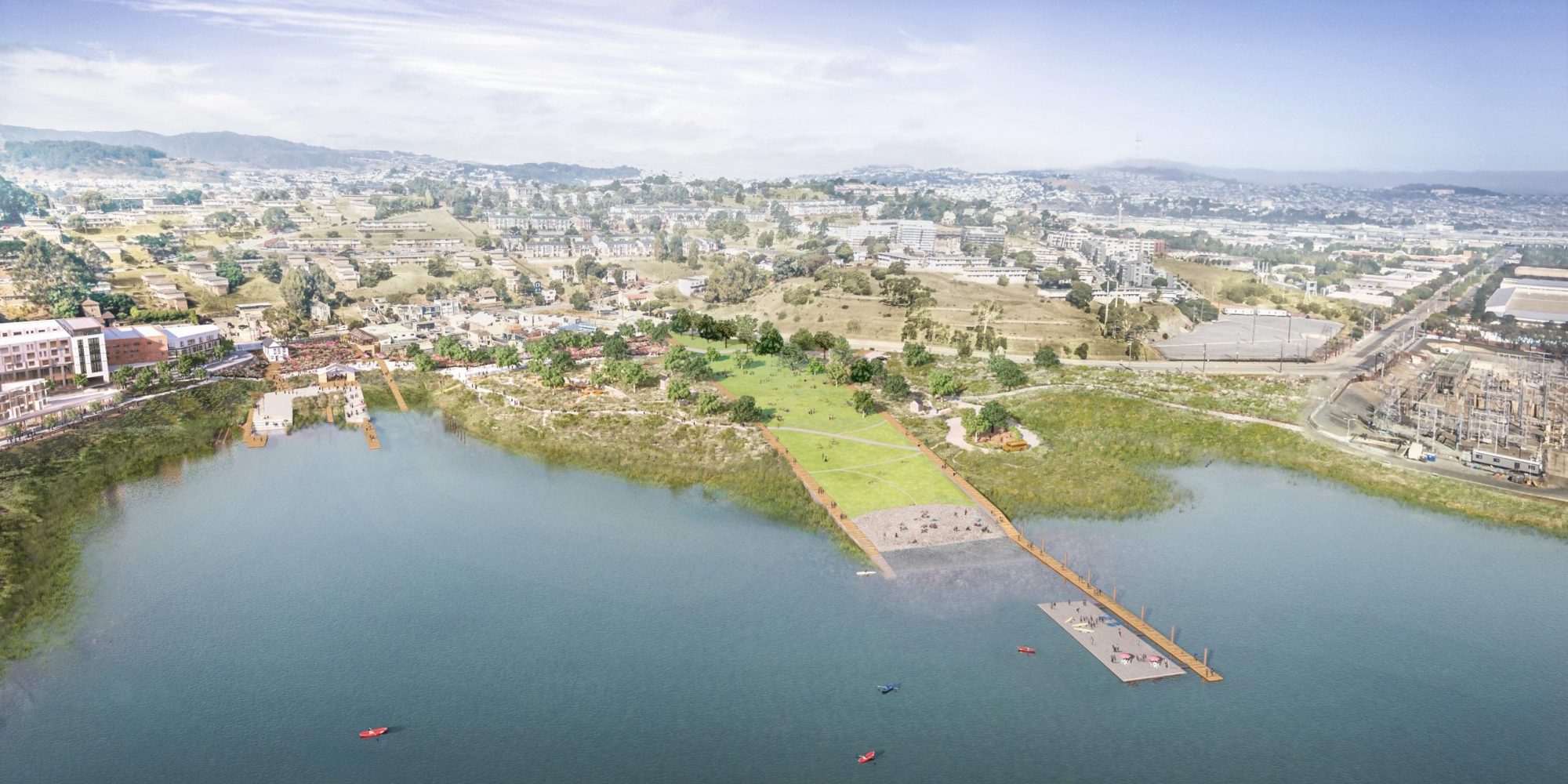 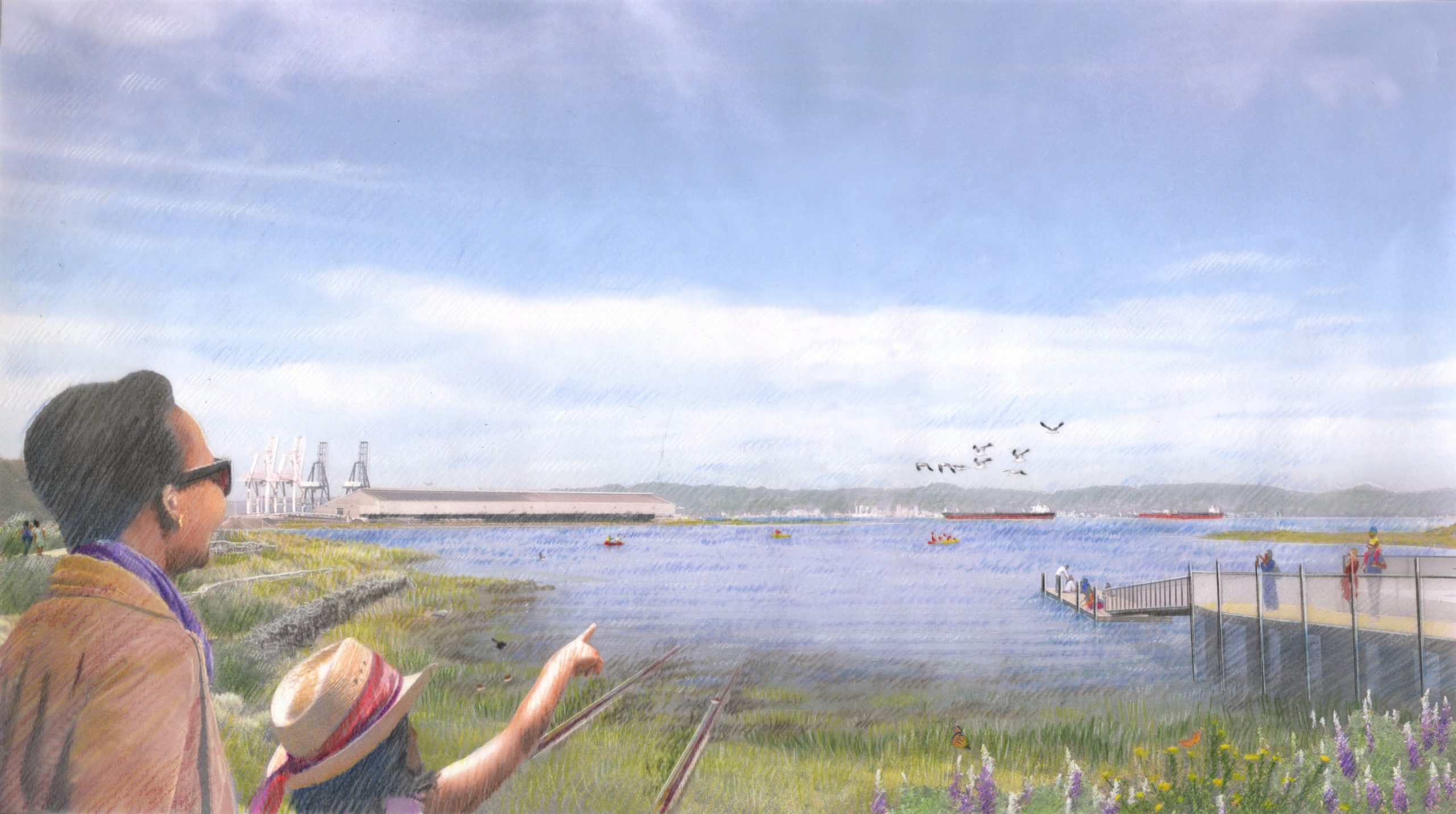 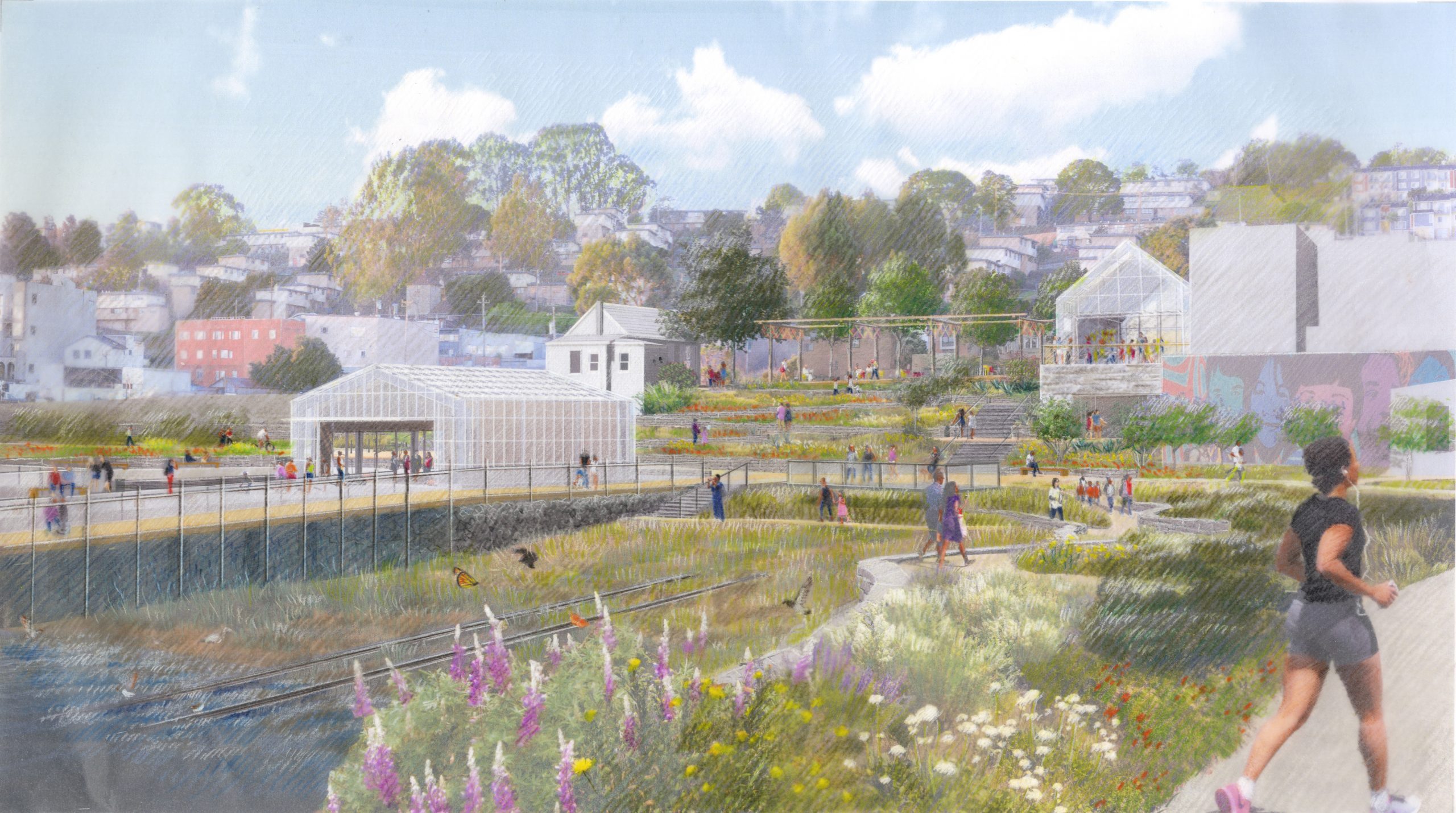 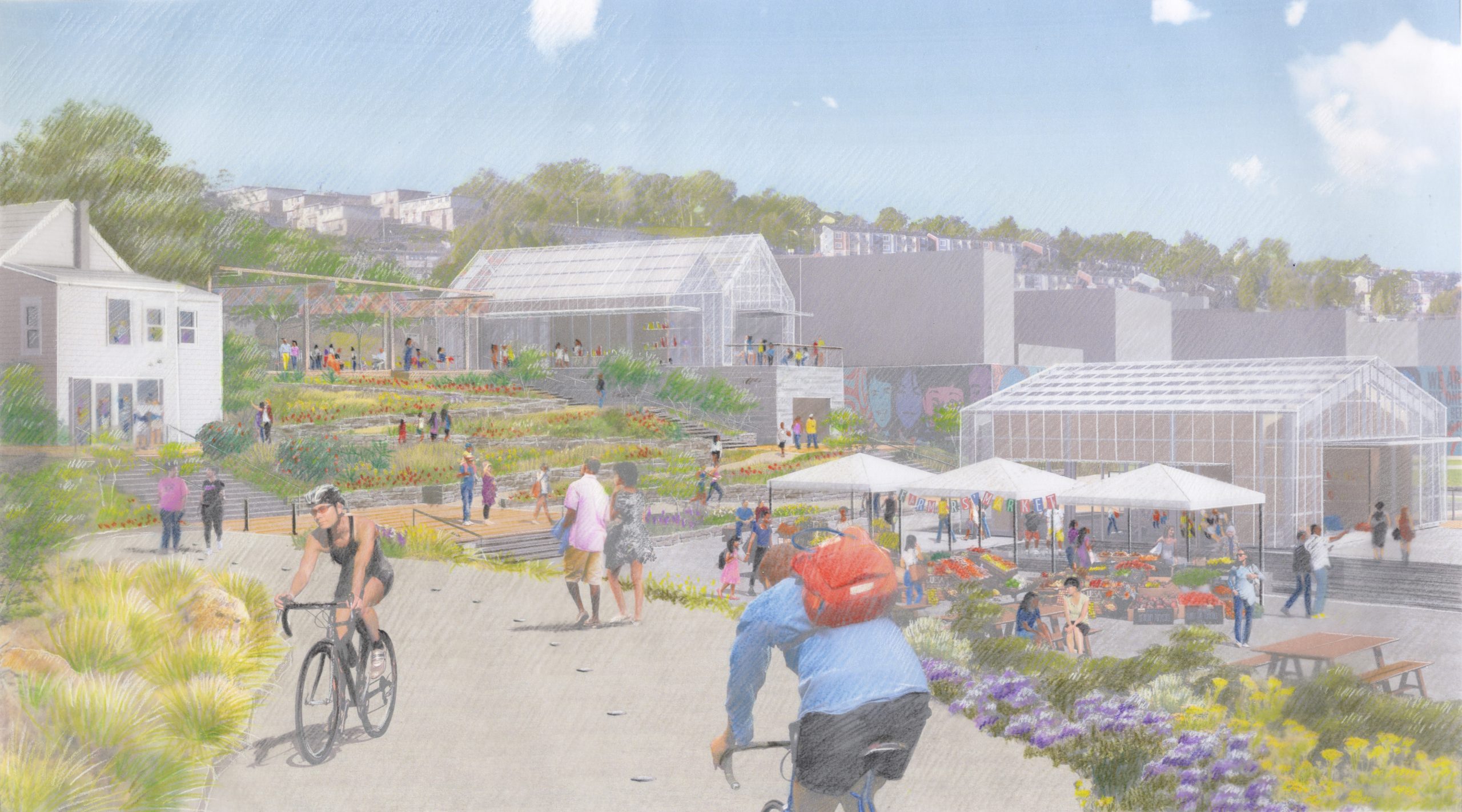 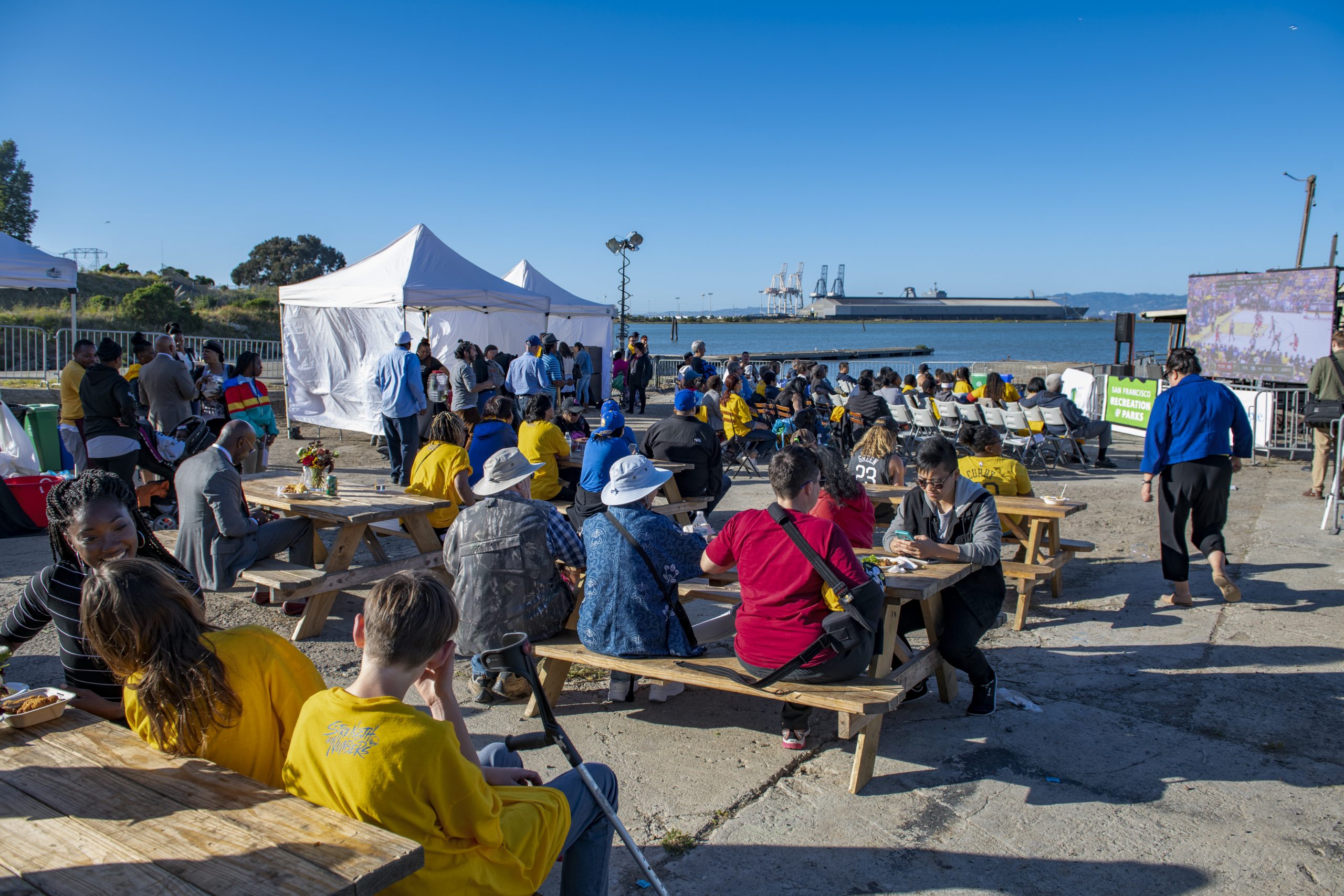 The project connects three San Francisco Department of Recreation and Parks (RPD) spaces which will create a contiguous 1.7-mile network of open space around the Basin. It further connects these spaces to the Blue Greenway—a portion of the San Francisco Bay Trail that would provide pedestrian and bicycle connections from the northern end at the Embarcadero all the way to southeastern edge of Candlestick Point. Of the 14.2 acres to be renovated, only 2.4 acres, or 11% of the space, is not currently functioning as a park. Renovations will create a single unified park comprising large open lawns, barbecues and picnic areas, a myriad of courts, docks and recreational infrastructure, a flexible community hub which will serve as a visitor center, Class I bikeways, and new restrooms. The project addresses significant environmental contamination and physical blight left by historic, industrial uses at 900 Innes and reimagines the other two isolated, under-performing park spaces–India Basin Open Space and India Basin Shoreline Park.

San Francisco Recreation and Park Department, the Trust for Public Land, the San Francisco Parks Alliance, and the A. Philip Randolph Institute / March 1, 2022

The India Basin Waterfront Park Project partners, made up of the San Francisco Recreation and Park Department, the Trust for Public Land, the San Francisco Parks Alliance, and the A. Philip Randolph Institute, are excited to share with you the Equitable Development Plan (EDP) for this transformative renovation. The landmark plan, a first for San Francisco, ensures this waterfront park will benefit current Bayview-Hunters Point residents while preserving the culture and identity of the historic neighborhood. It provides a blueprint for delivering a park designed by and for the community while improving economic opportunity and environmental health for its residents.

When Dolores’s social distancing circles debuted, they were the butt of countless jokes — but their ingenuity is undeniable. This month, SF Parks Alliance is putting a light-hearted spin on those chalked circles as part of a new fundraising drive to show appreciation for our city’s green spaces.