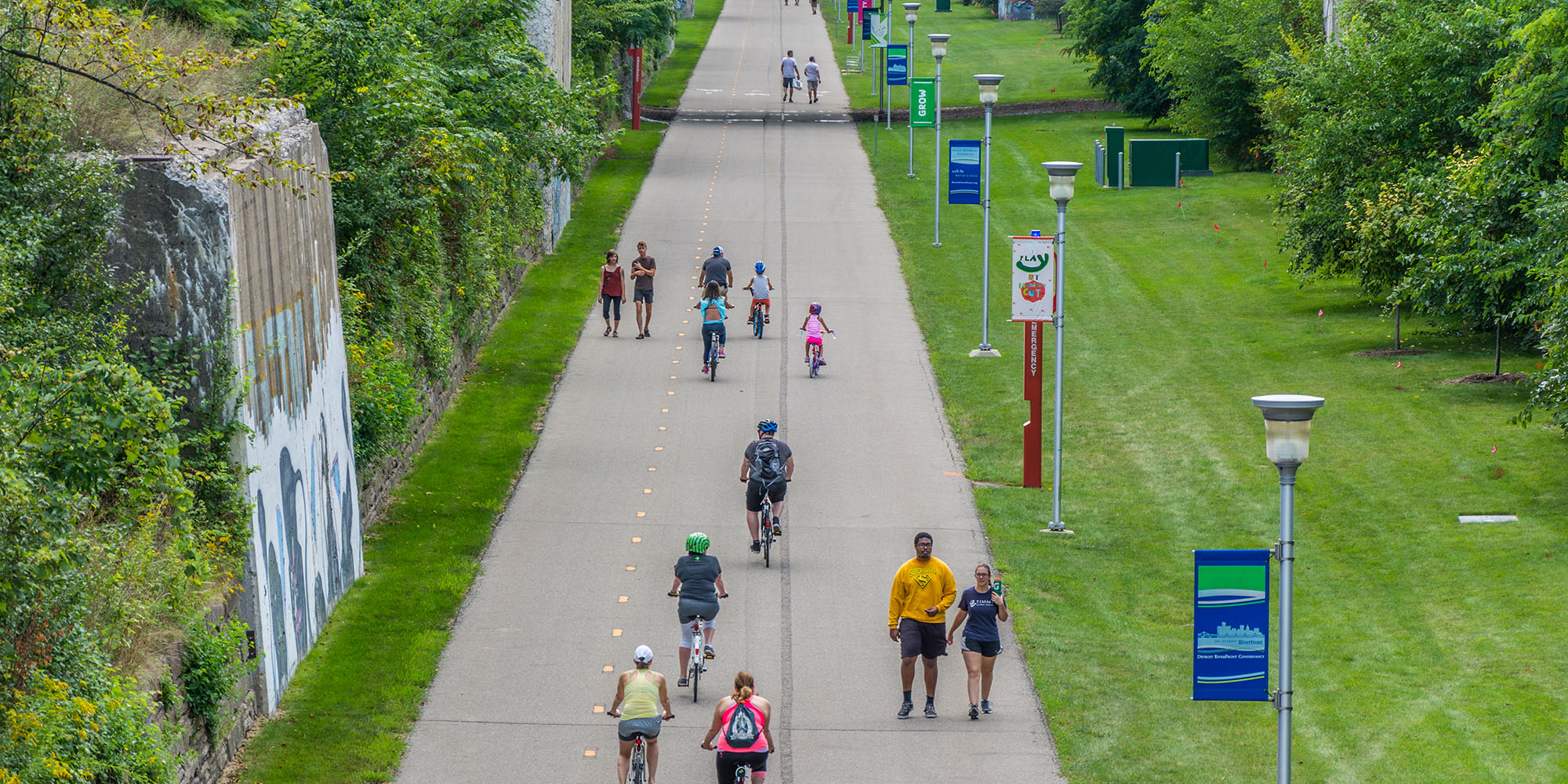 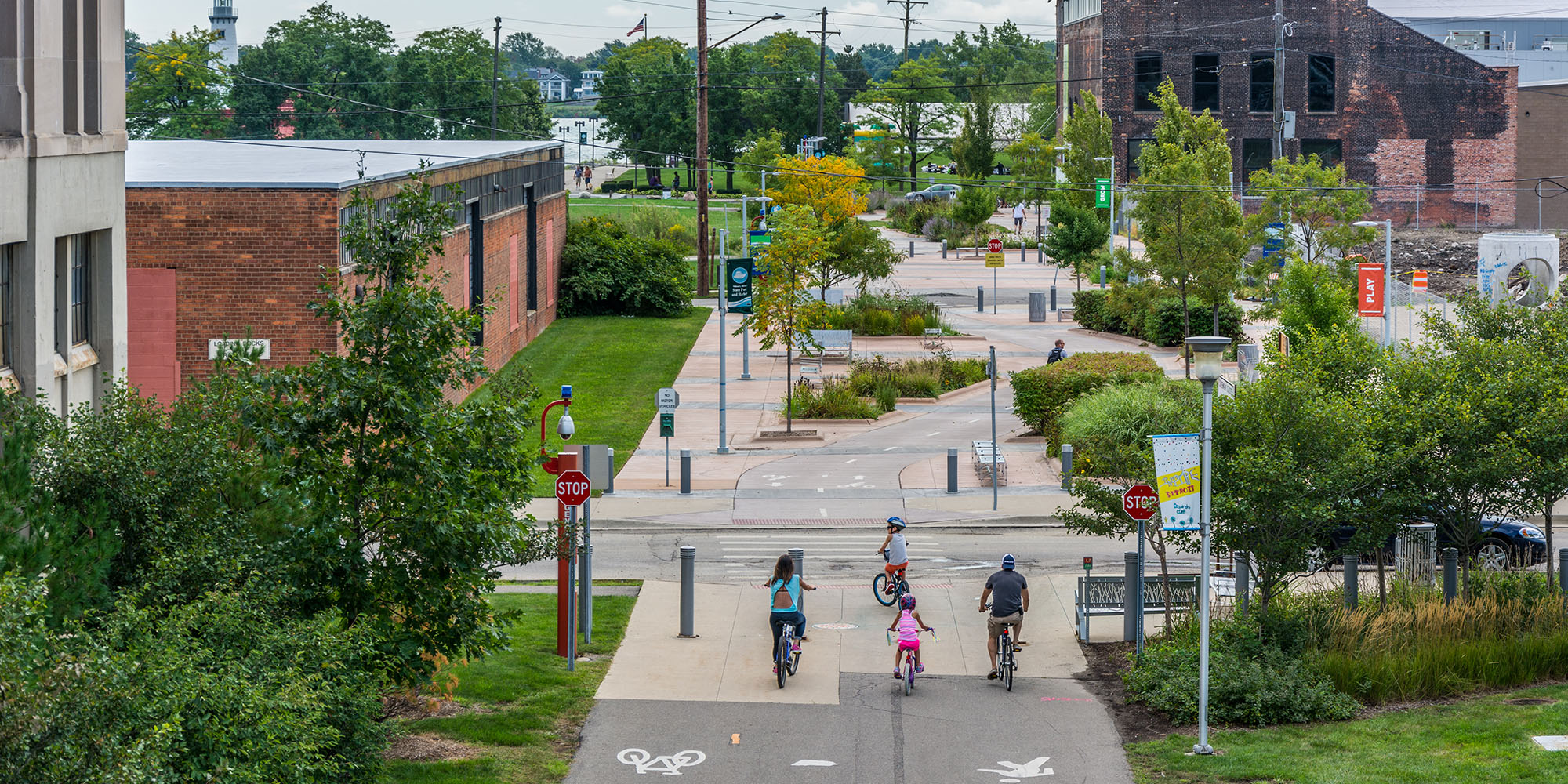 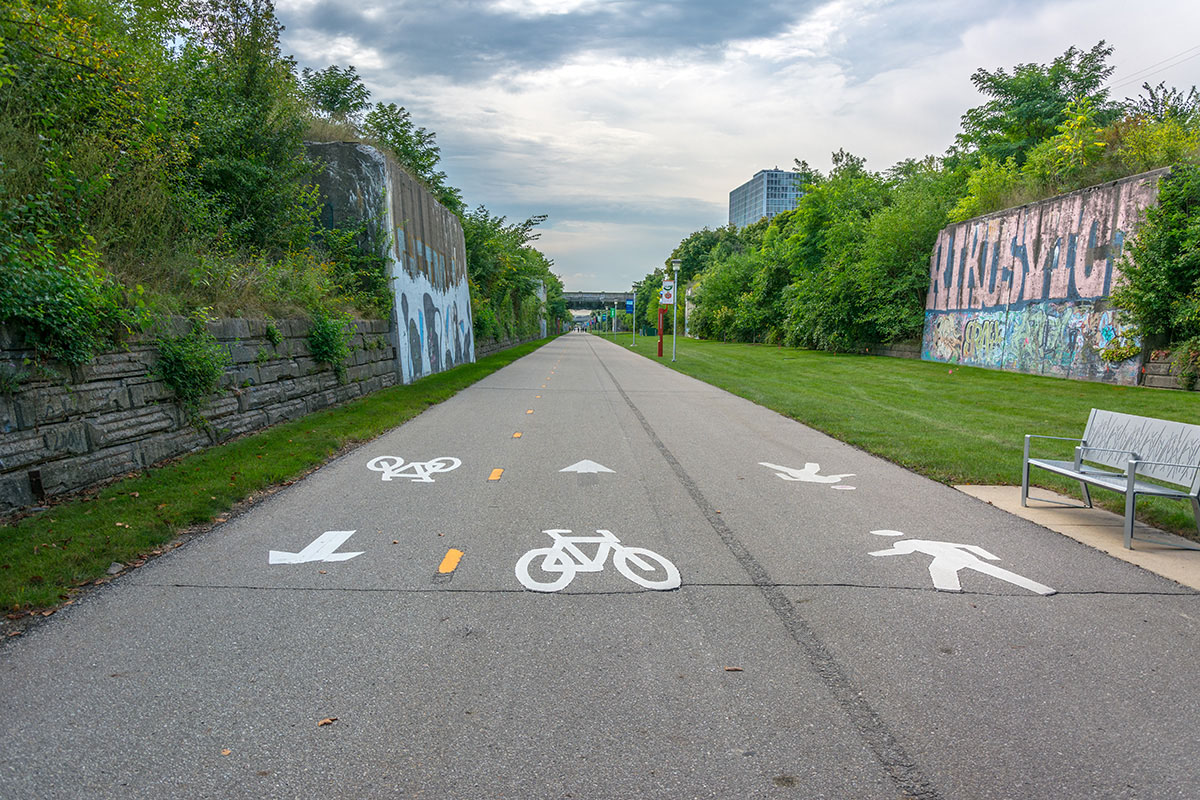 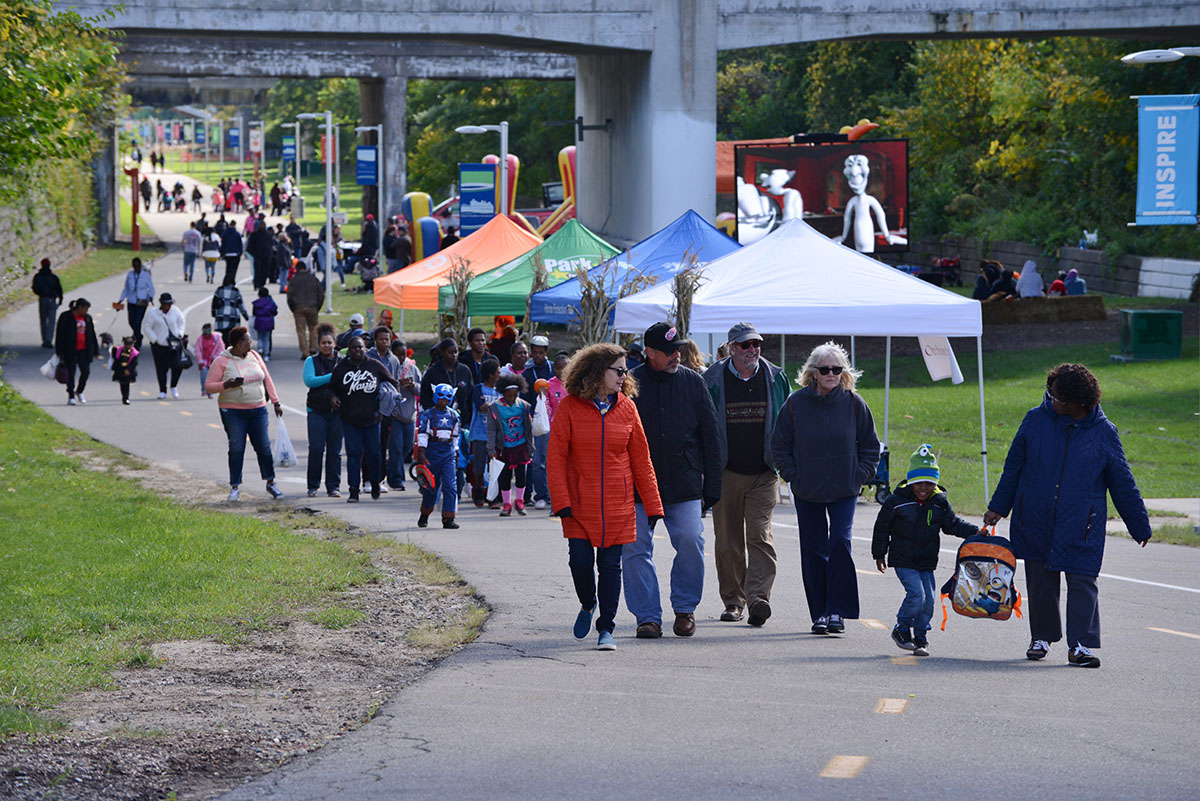 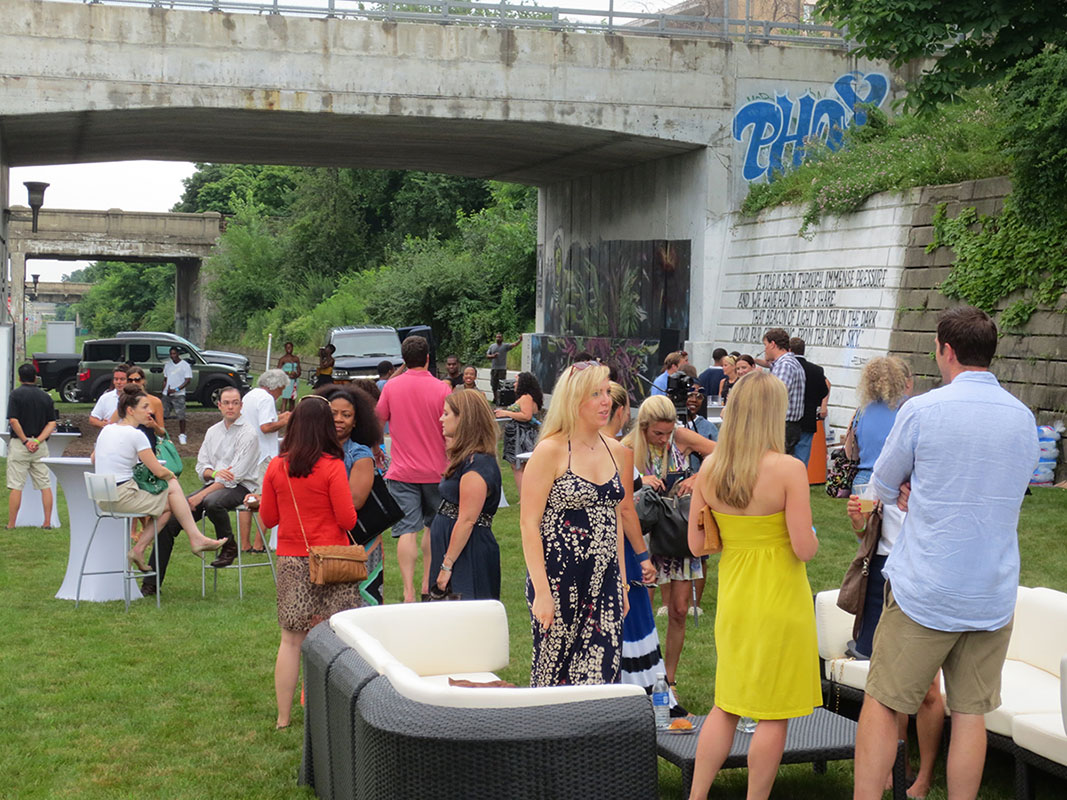 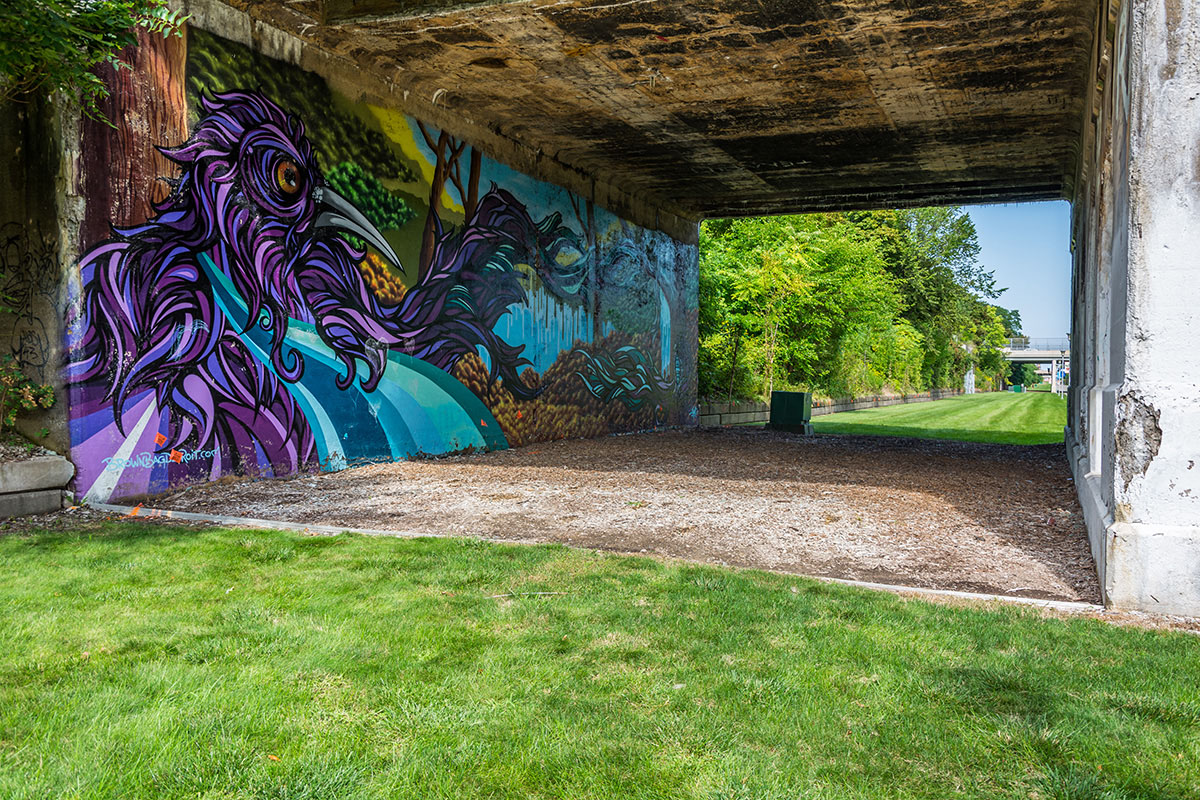 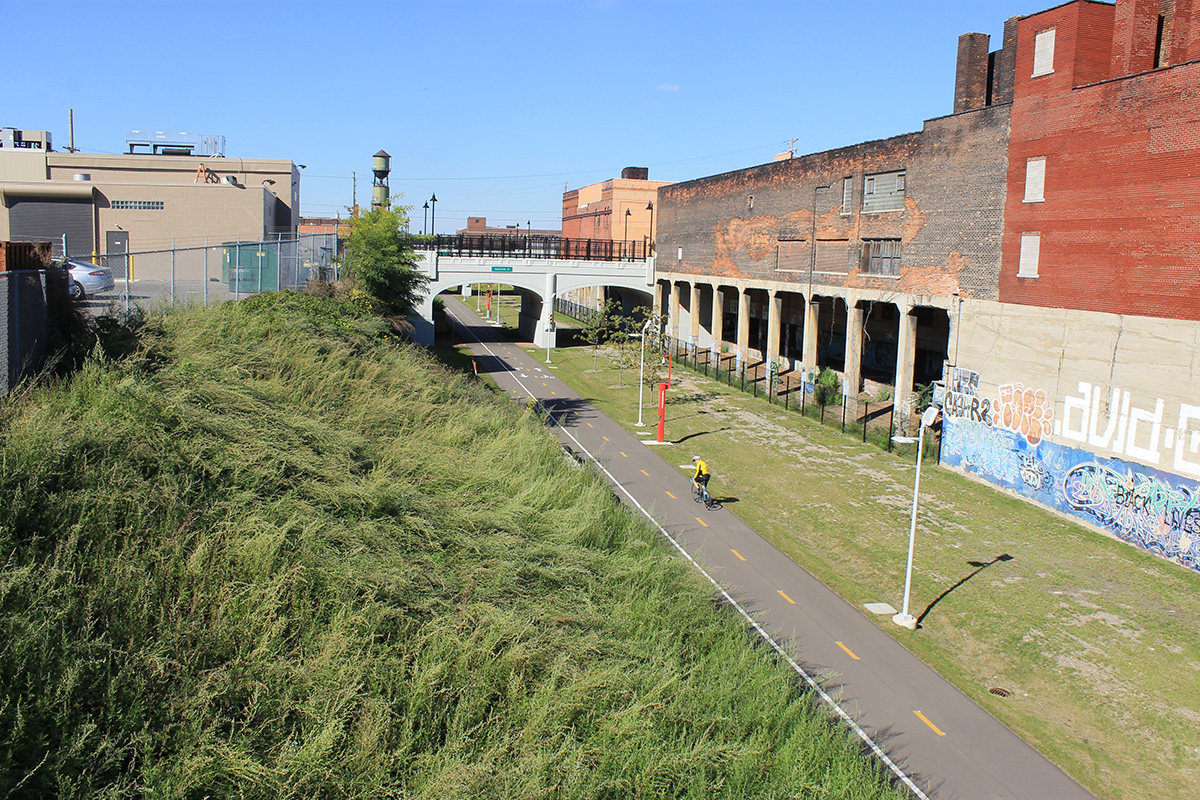 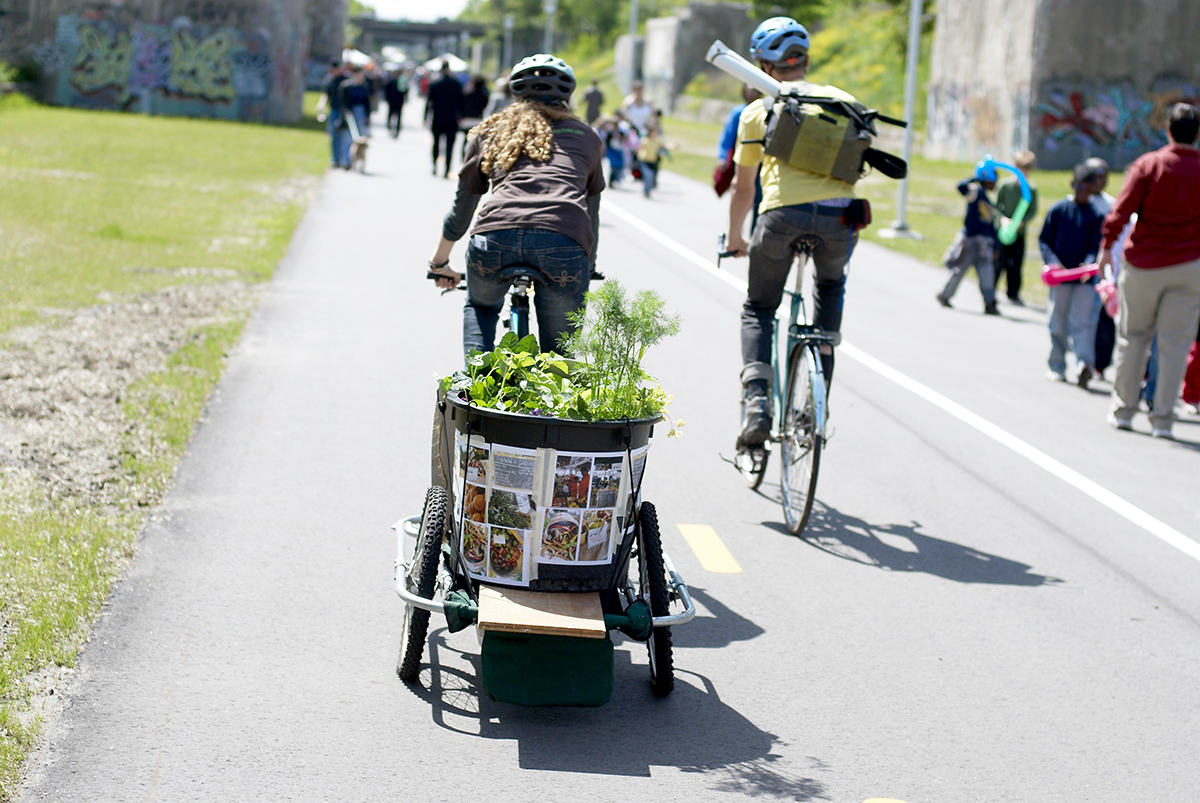 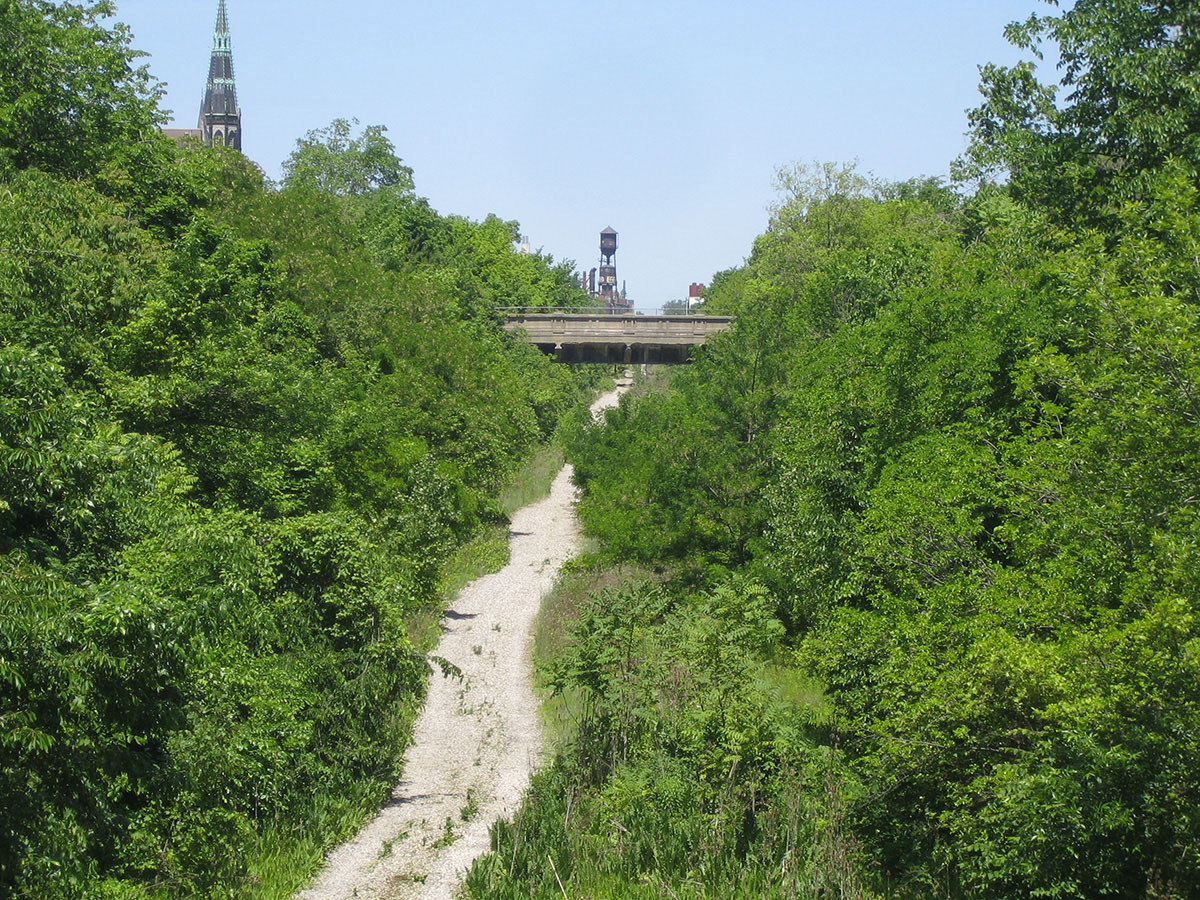 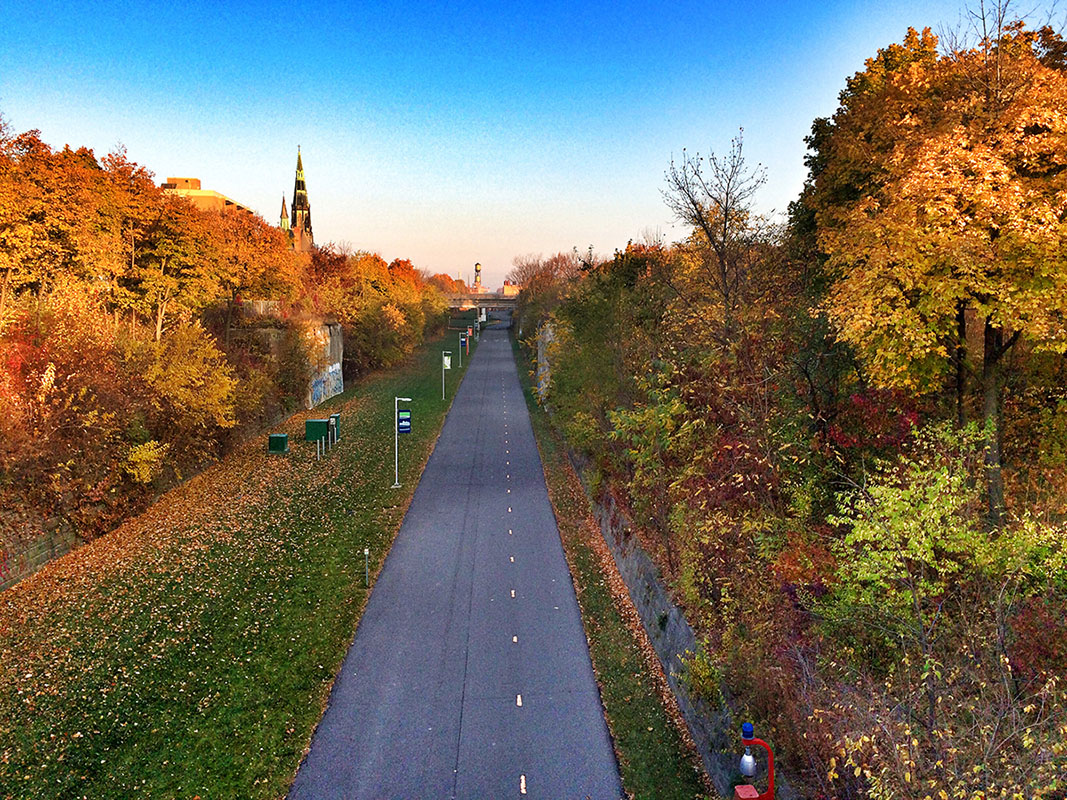 The Dequindre Cut Greenway is an urban path that offers a pedestrian link between the East Riverfront, Eastern Market, and several residential neighborhoods in between.

Formerly a Grand Trunk Railroad line, the Dequindre Cut is a predominantly below-street level greenway that runs parallel to St. Aubin Street, between Mack Avenue and Atwater Street, just north of the Detroit River. Well known for its examples of urban artwork and graffiti, the greenway features a 20-foot-wide paved pathway, which includes separate lanes for pedestrian and bicycle traffic. The extension of the Dequindre Cut that opened in April 2016 takes pedestrians into the heart of the Eastern Market. Also along this stretch, the Wilkins Street Plaza—with its soaring canopy, bike racks and a variety of seating options—provides a place for pedestrians to take a break while visiting the Dequindre Cut.

New Green Spaces Don’t Have to Lead to Gentrification

Decades of redlining and urban renewal, rooted in racist planning and design policies, created the conditions for gentrification to occur in American cities. But the primary concern with gentrification today is displacement, which primarily impacts marginalized communities shaped by a history of being denied access to mortgages.

Together, but distanced: The power of parks in a global pandemic

In times of crisis, it is natural for a community to turn to trusted institutions and familiar places for support. Over the past 17 years, the Detroit Riverfront Conservancy has developed a close relationship with people throughout the Metro Detroit community.

Detroit turned a park into a memorial for the city's 1,500 Covid-19 victims

A Detroit park has been transformed into a temporary memorial for the city’s more than 1,500 residents who’ve died during the Covid-19 pandemic.