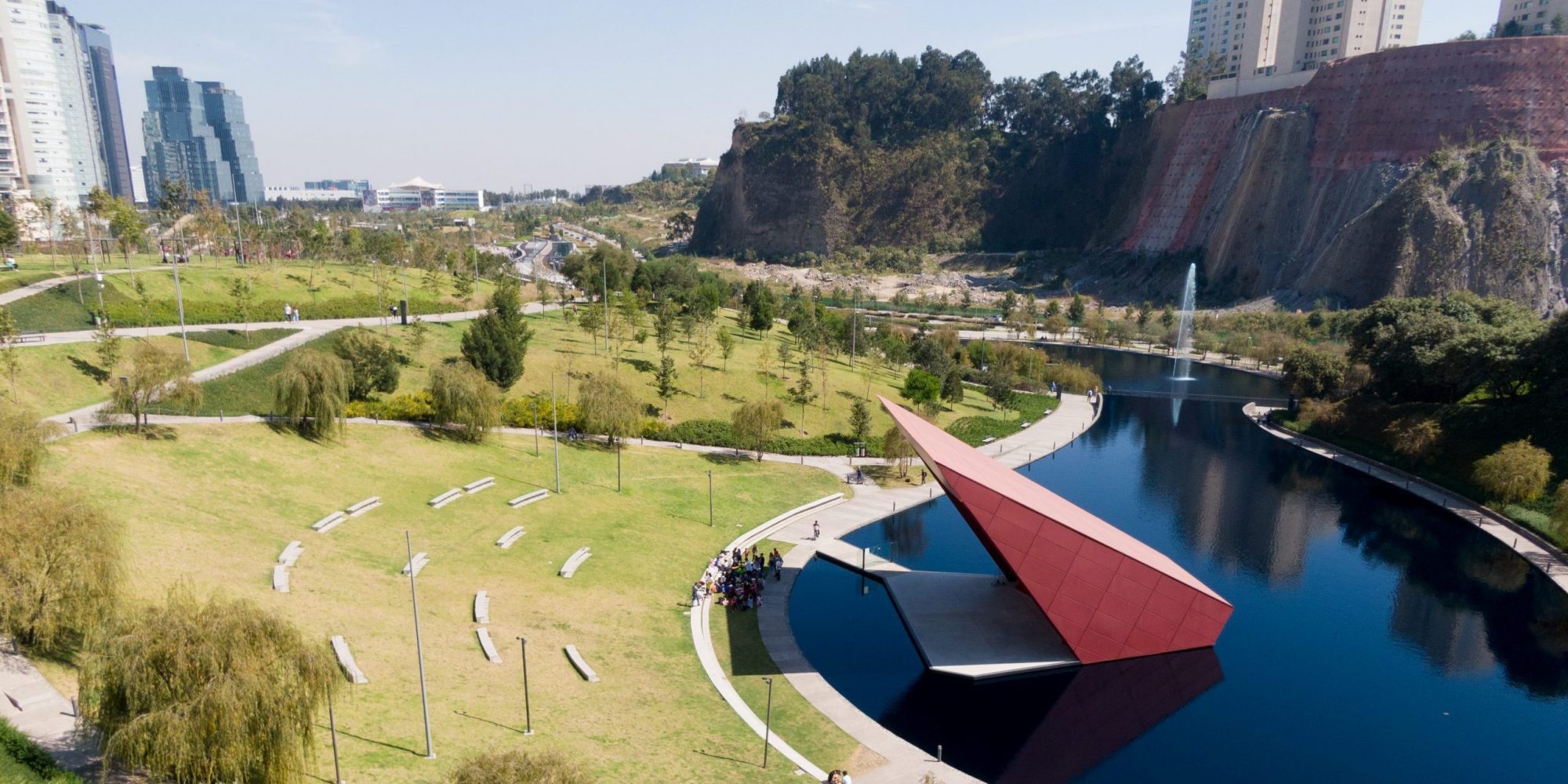 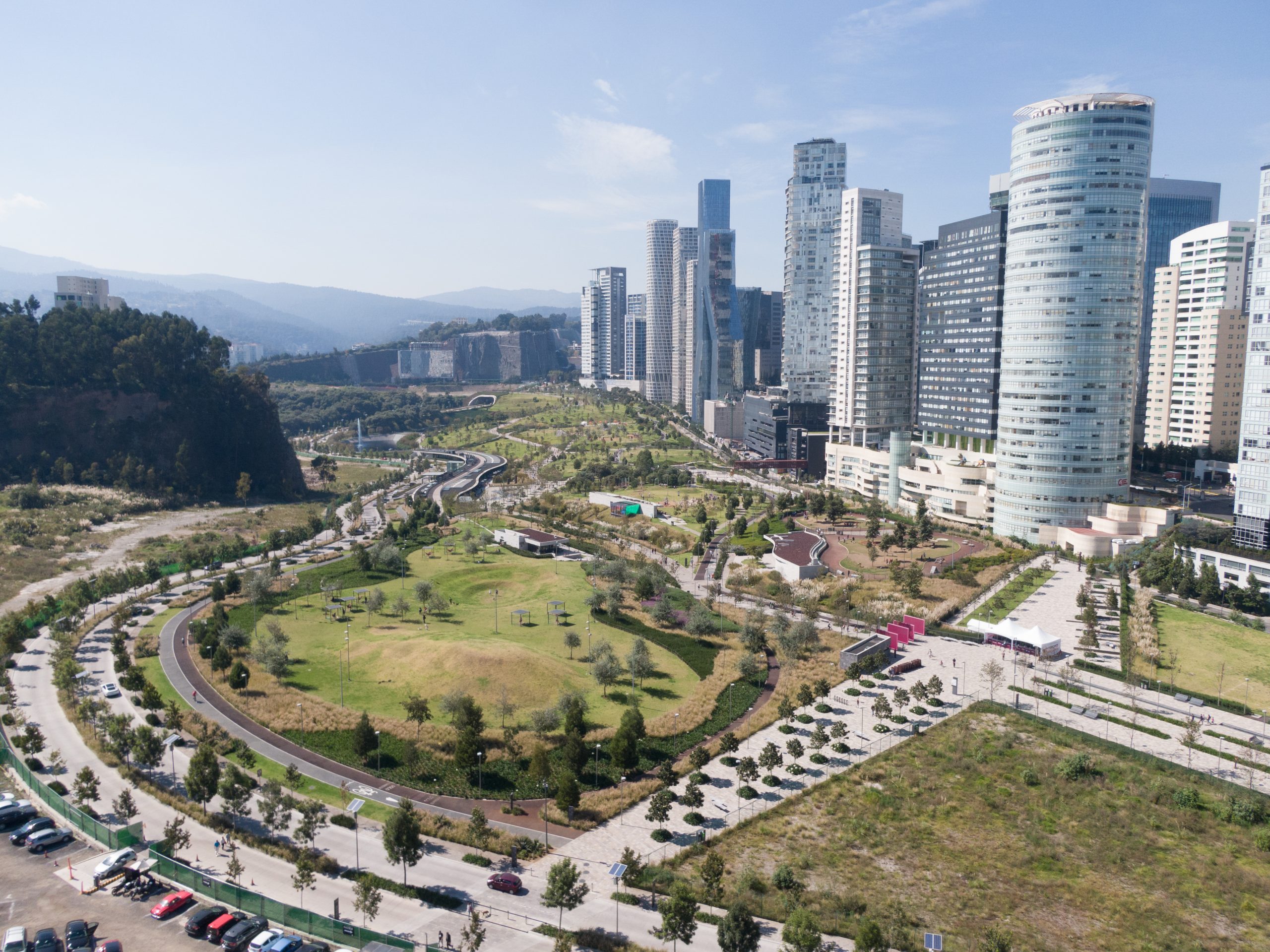 La Mexicana is a 70-acre green space in Mexico City.

After the 1985 earthquake, the land now known as La Mexicana Park became a disposal area for debris. The government planned to build 12,000 homes there, but not enough amenities would be included within that plan. After seven years of negotiations, neighbors (organized under the Asociación de Colonos de Santa Fe), struck an agreement with the Mayor. The city would sell 30% of the land. With that revenue, a promise to build a public park in the remaining 70% was made.

La Mexicana was built within 13 months, inaugurated in November 2017. Since its opening it’s received over two million visitors every year. The park has over 100,000 m2 of gardens, 5,000 trees, and two lakes, as well as a skatepark, an amphitheater, playgrounds, a dog park, a running, and a cycling track. Potable water is only used for water fountains and lavatories. The irrigation system and toilets use rain or treated water.

The government granted the neighbor Association of Santa Fe a 40-year concession for the use and management of the park. Currently, it runs solely on the revenue generated by its commercial venues, bathrooms, and parking lots.